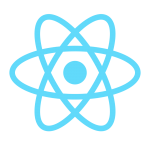 React is one of the most popular JavaScript library for building user interfaces, widely used to build single page applications and is a open-source project created by Facebook

Earlier we use class and react component but from and after version 16.8 it moves to the functional programming called as Hooks which is more easy to understand and code

Current version supports class and react component with 100% backwards-compatible, so not to worry

Must have installed Node.js and npm
Before we proceed, you must have some basic knowledge of

One of the most important aspects of React is the fact that you can create custom components, which are like reusable HTML elements, to quickly and efficiently build user interfaces. And the best part, easy to maintain

What is JSX: JavaScript + XML ?

JSK stands for JavaScript XML which is similar to HTML, but it's not quite HTML.

With JSX, we can write what looks like HTML, and also we can create and use our own custom tags. Here's what JSX looks like assigned to a variable.

Using JSX is not mandatory for writing React but is recommended. Under the hood, it's running createElement, which takes the tag, object containing the properties, and children of the component and renders the same information. The below code will have the same output as the JSX above.

JSX is actually closer to JavaScript, not HTML, so there are a few key differences to note when writing it.

We can embed JavaScript expressions inside JSX using curly braces { }, including variables, functions, properties, and comments.

JSX is easier to write and understand than creating and appending many elements in JavaScript, and is one of the reasons people love React so much.

So, let's create a basic React App to understand it batter

Avoiding all difficulties, Facebook has created Create React App, an environment that comes pre-configured with everything you need to build a React app.

To set up create-react-app, run the following code in your terminal. Make sure you have installed Node.js.

Once that finishes installing, move to the newly created directory and start the project.

Once you run this command, a new window will pop-up at localhost:3000 with your newly created React app. 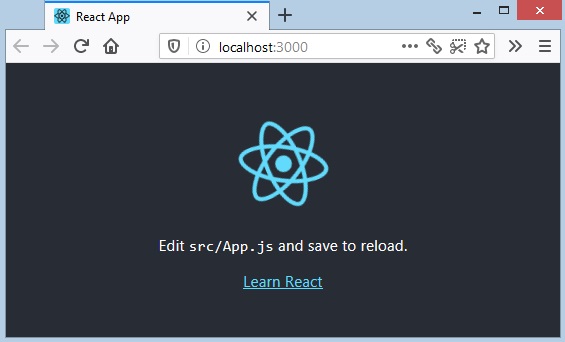 If you look into the project structure folder (In this case react-hook-app),

Let's check the Hot-Reload which automatically compiles on saving any updates/changes in our React code, Edit the line in /src/App.js within return( ) like :

And replace it with any other text. Once you save the file, you'll notice localhost:3000 compiles and refreshes with the new data.

Go ahead, just keep index.css and index.js and delete all other files out of the /src directory.

Now we create a fresh app.css and app.js, a fresh new custom component for your better understanding

Let's create our App component. Now I'm adding a div element with a class. You'll notice that we use className instead of class. This is because react is using JSX (JavaScript + XML), and is not HTML.

Remember! Every component name must starts with Uppercase to avoid errors

Finally, we'll import our App component and render the App to the root. Just clear old one and replace it with the below code

If you go back to localhost:3000, you'll see "Hello, React!" and current date written in blue color, all within a deeppink colored box.

Now we have all set to actually begin working with React.

In this article we have learned what is React and JSX, how to create a basic react app and run it.